Army knife fighting focuses on solutions for tactical tasks at any cost. There is no sparring for points. It is a tough and most applied martial art.

If troops enter in a direct contact with enemy, a knife turns to be an indispensable tool. Bladed weapon is often used by intelligence to carry off a sentry or to capture an informant, by troopers during assault operations and even conventional infantry during a close encounter with enemy. Knife fighting is taught as a separate discipline in most of the world’s Special Forces units.

Army knife fighting in Ukraine is experiencing a revival. Among members of our knife fighting Federation there are fighters who participated in ATO, who know from firsthand experience of military operations and are ready to share experience and the most effective practices. 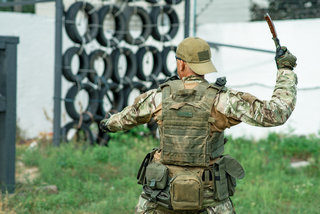 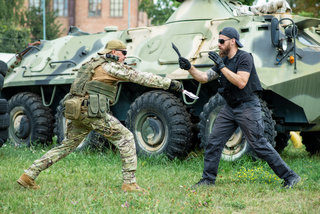